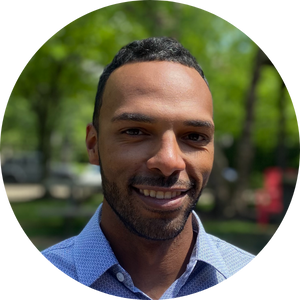 We were thrilled to welcome Derek Chimner '04 as our next guest on Alumni Conversations, a podcast series featuring Sewickley Academy alumni who discuss their lives after SA and share some of their favorite memories as a Panther.

Derek Chimner graduated from Sewickley Academy in 2004, and then attended Elon University where he earned a degree in Exercise/Sports Science and a minor in Broadcast Communications. He began working at his alma mater as a coach for the Middle School Boys’ Basketball team because of a passion for coaching he discovered in his later college years. His passion for teaching the "next generation" only increased with each coaching opportunity he took on, eventually becoming the head coach for the Boys’ and Girls’ Varsity Cross Country and Track & Field teams, and an assistant coach for the Boys’ Varsity Basketball team. Beyond the WPIAL district and PIAA state team and individual titles he has led, Derek is most proud of the athletes he helped usher to be collegiate athletes, who would go on to win conference titles and compete at NCAA Division 1 Championship events. Along with his extensive coaching resume, he began working as a full-time member of our faculty & staff in 2014 in the Health & PE department.

Currently serving as the Interim Director of Diversity, Equity, and Inclusion, he took on this role to help ease and steady a community that has done so much for him. With his ties to our vast alumni network and his work with students and families over the last 12 years since returning to SA, Derek's focus in this role has been to strengthen our diverse community and share its stories.

When not at SA, Derek enjoys traveling the world and engaging with different people and cultures. As the great American writer Mark Twain said, "One must travel to learn." 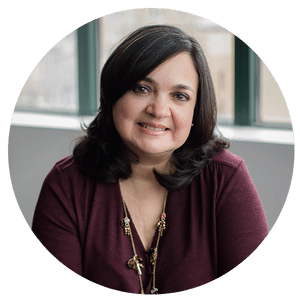 We were thrilled to welcome Suzanne Masri '81 as our next guest on Alumni Conversations, a podcast series featuring Sewickley Academy alumni who discuss their lives after SA and share some of their favorite memories as a Panther.

Suzanne Masri oversees marketing, branding, engagement, and publicity efforts for Fred Rogers Productions and its catalogue of children’s series. Since coming to FRP in 2015, she has spearheaded the company’s rebrand and implementation of its new creative direction led the 50th-anniversary celebration of Mister Rogers’ Neighborhood (2018), delivered impactful experiential campaigns for the company’s award-winning series, Daniel Tiger’s Neighborhood, Peg + Cat, and Odd Squad, and oversaw the launch campaigns for FRP’s newest series, Donkey Hodie and Alma’s Way.

Previously Suzanne directed station relations marketing initiatives for national programming produced by WETA, the flagship PBS station in Washington, DC, where her diverse portfolio included films by documentarian Ken Burns, cooking shows from Martha Stewart and Sara Moulton, and children’s series Clifford The Big Red Dog, Super WHY!, and Maya & Miguel. She received a B.A. in History from Smith College. In her spare time, Suzanne performs with and serves on the board of Belle Voci, a multi-generational women’s choir that blends community with service and song. 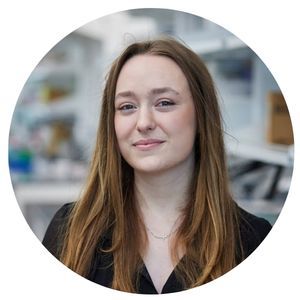 We were thrilled to welcome Emmy Francek ‘18 as our next guest on Alumni Conversations, a podcast series featuring Sewickley Academy alumni who discuss their lives after SA and share some of their favorite memories as a Panther.


Emmy Francek, the 2021-2022 Outstanding Senior for the Gallogly College of Engineering, is a biomedical engineering accelerated master’s student at the University of Oklahoma with a 3.96 GPA from Traverse City, Michigan. Emmy is a four-time US Figure Skating Gold Medalist who spends her free time coaching and teaching adaptive skating. Since joining Dr. Stefan Wilhelm’s lab her freshman year, Emmy’s research has been featured in three publications in the fields of nanomedicine and immunoengineering. One of her publications was even highlighted on the cover of the journal for Analytical and Bioanalytical Chemistry. Through her passion for education, outreach, and diversity, Emmy is committed to creating opportunities for underrepresented and underserved student groups in medicine and science both now and in her future career. As such, in 2019, Emmy helped found an organization called BE4NANO (Bionanotechnology Engagement for Native Americans in Oklahoma) which provides nanomedicine outreach to K-12 students representing communities historically underrepresented in STEM fields. Emmy is working towards an MD/PhD in order to develop innovative strategies for safe and effective cancer treatment while empowering the next generation of scientists and engineers. 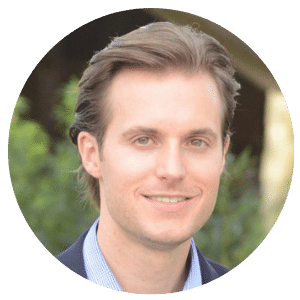 We’re excited to announce the launch of Alumni Conversations, a new podcast series featuring Sewickley Academy alumni who discuss their careers and life after SA and share some of their favorite memories as a Panther. We were honored to welcome our very first guest to Alumni Conversations, Colin Champ ‘99.
Colin Champ, M.D., is a radiation oncologist and Associate Professor in the Department of Radiation Oncology at Duke University Medical Center. He is also a diplomate of the American Board of Integrative and Holistic Medicine and a Certified Strength and Conditioning Specialist by the National Strength and Conditioning Association. He specializes in the treatment of breast cancer and lymphoma and has been voted by his peers as one of the “Best Doctors in America.” His research focuses on the interaction of nutrition and exercise in cancer prevention and treatment.
He received a Bachelor of Science in chemical engineering from the Massachusetts Institute of Technology, and he completed his medical degree and specialty training at Jefferson Medical College at Thomas Jefferson University. He has published over 60 peer-reviewed scientific manuscripts and has contributed to multiple textbooks. He wrote the Amazon #1 bestseller “Misguided Medicine,”, and recently released “Leonardo’s Legacy: The Science and Philosophy of Diet and Cancer Through the Ages.” His work has been featured by popular media sources, including The Boston Globe and Sanjay Gupta.